The Risk of Buying a House with an Oil Tank

So many home buyers are unaware of the risk of an oil tank on a property.  We have people who think that the home they are buying is a good deal until they discover the oil tank leak is going to cost $60,000.  Yes we get people like that. 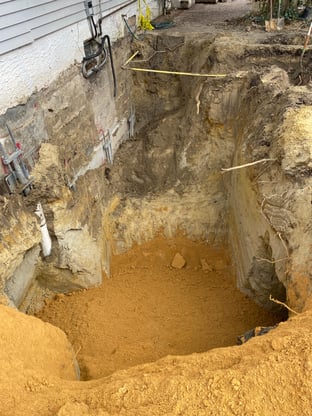 If you are not an expert on a subject, your idea of what is required and what the cost is, well it is simply not accurate.  Hence why you hear about home improvement projects exceeding budgets.

Did you know every septic system will eventually have to be replaced? Costs can  average $15,000 to $45,000. I know a restaurant that paid six figures to replace a system.

Circling back to an oil tank.  Removing and testing an underground oil tank will rarely exceed $2,000.00.   When it does it means its a larger tank, you have access issues, maybe concrete or asphalt to remove.  In short, its more work.   Following the same vein, if that removed tank does not leak, your cost to remediate is ZERO. 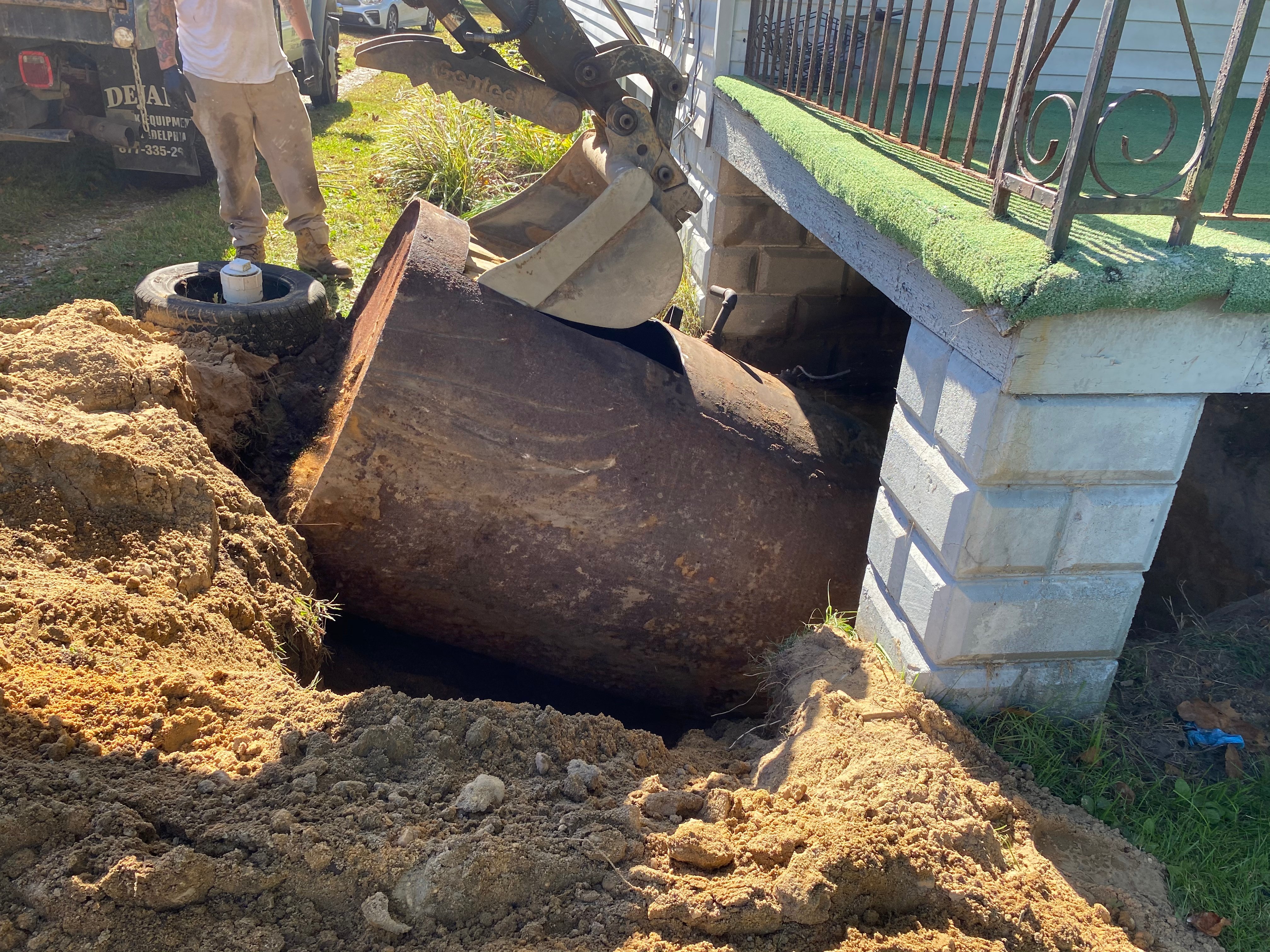 Need to address an oil tank leak?  Pick a number?  Want to say $11,000?   How about $125,000?   Yes those are reasonable numbers for remediation.  The photo below shows a remediation that was even more expensive. 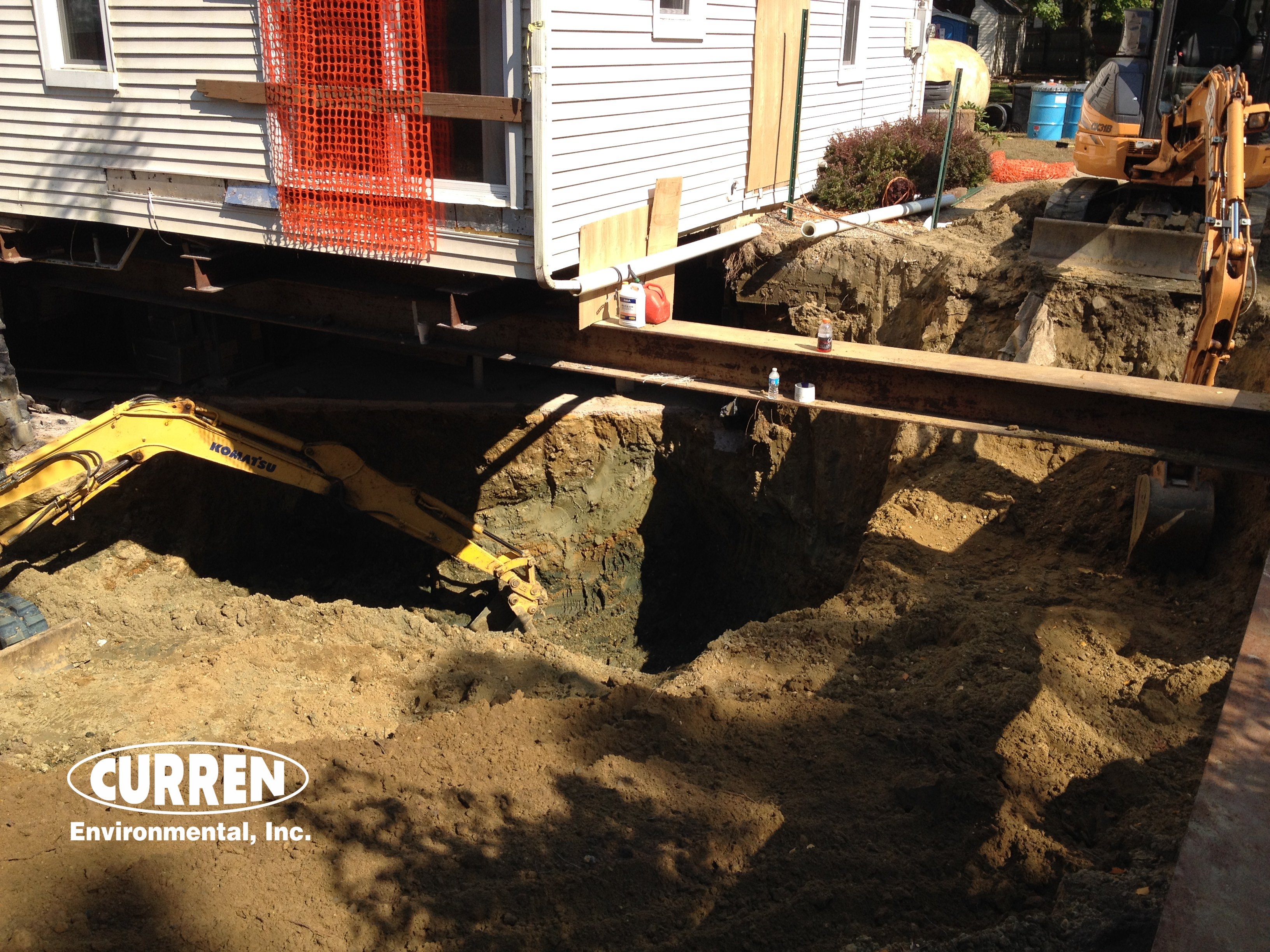 Funny thing, people have a tank removed and a common statement is "There were a few pin holes" in the tank so I don't think I have a problem.   Our response is we prefer to hear the statement "There were No Holes in the tank"    Sometimes we get people saying there was only 1 hole!   See photo below. 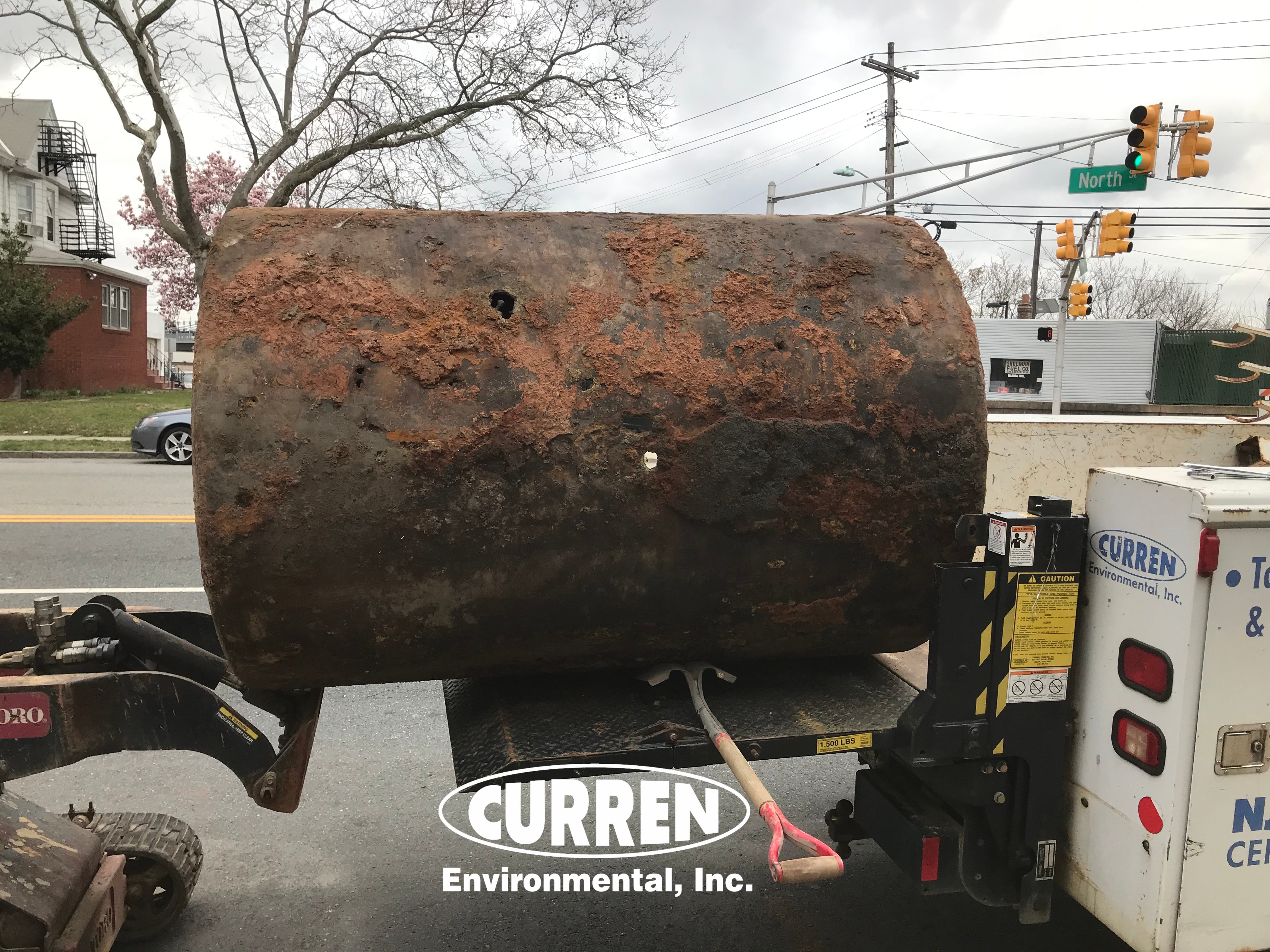 A few pin holes in a tank under simplifies the actual events.  Think about it, when did the holes occur and did you keep adding oil to the tank?   No one has that answer.  But say before you go to bed tonight you go to the refrigerator and poke a couple pin holes in your milk or OJ container. In the morning you have a mess, but wait, please refill these containers and repeat refilling for a month.  Yes, that is a crazy request, but this is what you have when you have a few pin holes.  A hole in your car tire?  It eventually goes flat.  Holes in an oil tank, oil leaks 24/7 and you likely won't know until you remove the tank, who is going to miss a gallon of oil every few weeks?  The cure or remediation is to remove soil and groundwater that has become impacted (contaminated).  The longer the leak, the more oil, generally translates to a higher cost to cleanup. 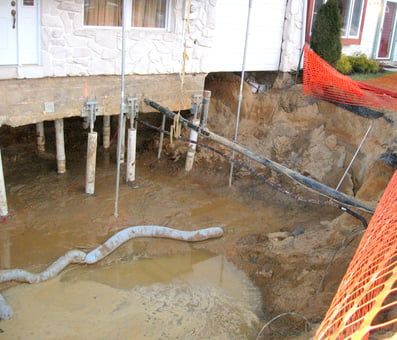 But lets pause.   You are thinking about buying a property with an oil tank.   Lab testing of a soil sample can run between $100 and $200, which is not a huge cost, but the labor and equipment to acquire samples will exceed a $1,000.00. Find a leaking tank and you want to determine how extensive the leak is so you can provide a competitive offer for the home?   Expect to spend up to $5,000.00 to diagnosis a small problem and up to $25,000.00 for a larger problem and you don't even own the property.

We had a property where the owners bought the home $30,000 below market pricing.   They subsequently found an oil tank, which leaked, spent money to partially define the problem.  (After spending $8,000 to define the issue, and it still wasn't defined they wanted to stop spending money).  We didn't have our hands 100% wrapped around how large of an area was contaminated but based on what we had we informed them in writing remediation costs would exceed $150,000 based on incomplete data to date, additional testing would confirm a higher remediation budget.  They attempted to sell the property but did not share our paperwork with potential buyers.

The listing stated: Property has a contaminated underground oil tank. Seller will not be responsible for clean up.

They did supply lab reports but without maps and a narrative it was like understanding hieroglyphs.  Our office got over 34 different parties calling about this property.    We had to dash the hopes of all parties by explaining they were not being supplied with all the data and the actual cost to remediate was not known.  True story.

Not to be all doom and gloom, many, many tanks do not leak, but you don't hear about them.  Our web site is not the only resource on the internet for this subject, and every site that has oil tank information is available to both buyers and sellers.  Meaning both parties can understand the risk and both try and avoid it.  Sellers downplay the tank or cross their arms and try and sell as is.   Buyers, who are typically more naïve can get sucked into the rabbit hole.

Our general advice for a real estate transaction with an oil tank are easily summarized:

Get the idea?  The advice doesn't change: Remove tank & test soil with a report.

You are going to come across a property where an oil tank was removed.  And you are going to think you are done, its great news, no tank, YES.  Well ask for the Tank Closure Report.  Its a boring document but has been standard issue for over 30 years, to document that the tank did not leak.  The report may have a different name but the theme is the same.  A report that documents the tank was removed, laboratory soil testing was performed of the excavation and it contains a discussion of the lab results relative to soil standards.  Depending on your State, the best lab results and conclusions will be below ZERO or will be below regulatory levels (permissible limits).

You will have this information 15% of the time from our experience.

The other 85%, you will get something that is not sufficient or nothing.  Why?   Did you not read every word up to this point?  Owners don't want to find a problem, they don't want testing, they will deny they have a problem (Pin Holes people pin holes).

The below link takes you to more information regarding testing after a tank was removed.

How to Test a Removed Tank Excavation