BEFORE removing an Oil Tank

If you live in the Northeast be aware oil heat was popular from WWI until deregulation of natural gas in the 1970's.   So odds are you could own a house that has an oil tank (abandoned, invisible, buried in the ground) and its likely old and rust has formed on the tank over the years.  If you are selling a house with an oil tank, you will be removing the tank because tanks leak, leaks cost money and anyone considering buying your home is going to want the tank removed.

Mortgage companies will not loan them money for a cleanup. 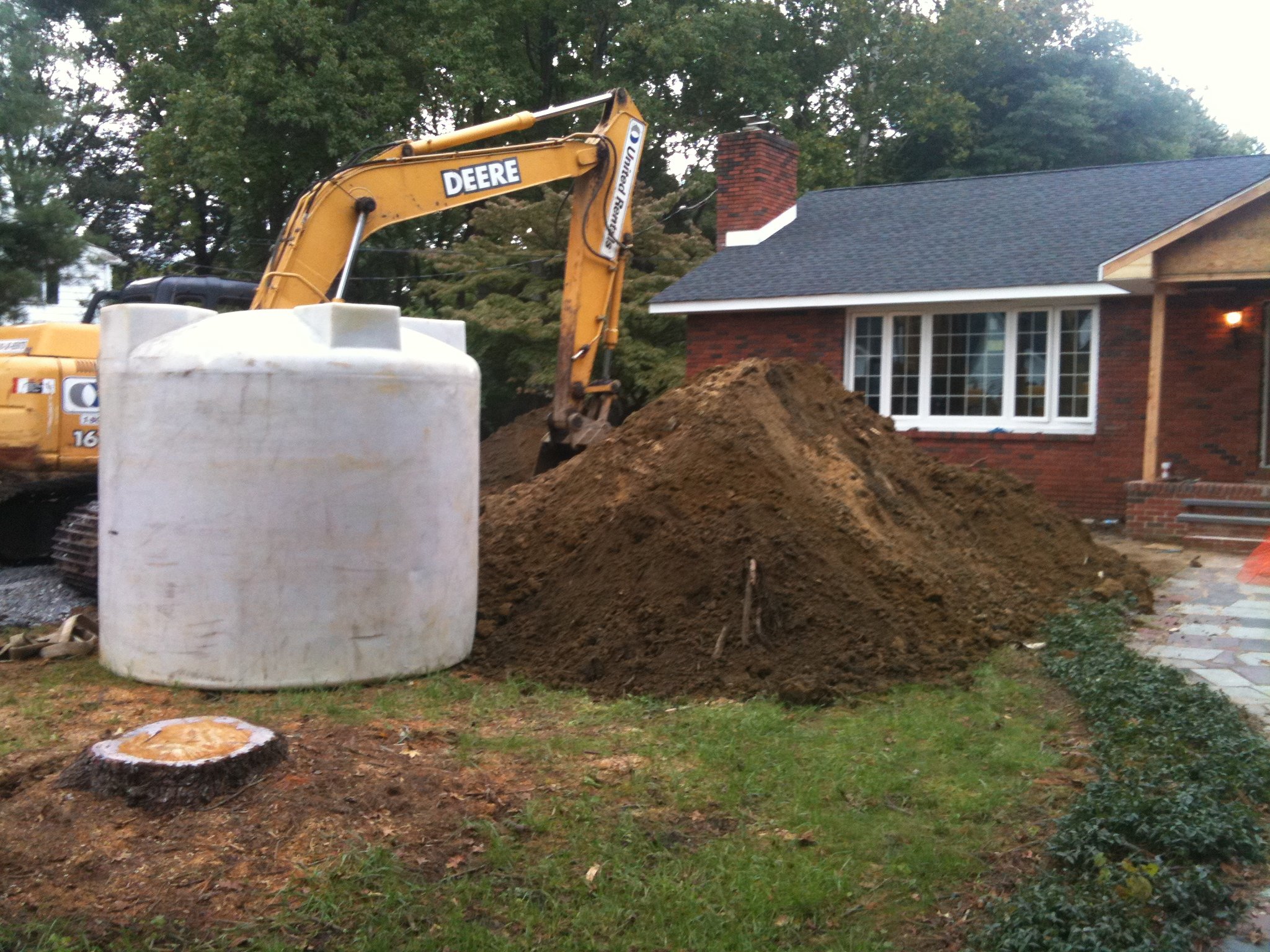 Removing an oil tank is a very unique activity and the company you choose to remove the tank is more important than you realize.    The internet allows you to research why an oil tank is an issue and the risk associated with a tank leaking.  But to be fair you searching the internet does not make you a tank expert.

How to choose a good environmental company?

They should also discuss in detail what happens if the tank leaks.

Case in point my parents needed a new roof, it had 2 layers of asphalt shingles so the whole roof had to be removed.  My parents didn't know that a 3rd layer was present which was cedar shake shingles.  Because of this layer they had to pay for new roof sheeting as a base for the new shingles, this was an extra and something the roofing company salesperson knew would be needed but failed to talk about or price into the estimate.  Bottom line the roofing cost went up because my parents were stuck.  Speaking to two roofing companies after this happened, it was clear my parents were older and setup for this extra cost.  (And no I didn't know they were getting a new roof or I would have helped them)

Environmental companies are afraid to tell you what will happen

if your tank leaks.

You should be aware of the downside when the tank is found to be leaking, causing soil contamination. Quite frankly, the reason you remove an oil tank is to determine if the tank is leaking. Leaking tanks can cost thousands of dollars to cleanup, but tanks that don't leak will not cost thousands of dollars. You should consider that there are firms that want to find a leaking tank because it means to them more money.

The cheapest tank removal price you find may wind up costing you the most. I don’t mean a difference of $50.00 or $100.00, I mean when you get a low price, the company sugarcoats the idea that the tank isn’t a leaker, that soil sampling isn't needed.  The contract for removal doesn’t include soil samples and an explanation of how test results are interpreted and lastly the price doesn’t reference a report of the tank removal. All these items are a warning signs, we speak from experience because Curren Environmental receives calls from upset property owners after a tank is removed and they feel as if  they are being taken advantage of by the tank removal company. We ask questions and the topic of soil sampling and leaking tanks are typically omitted from these situations with who they hired.  We know this because the tank removal contract is minimal and omits soil sampling, licensed project manager, report of removal.   This can translate to hundreds of dollars in price differential in  a tank removal that includes these essential services.

Not all tank removals are the same, a low price for removal most likely omits a project manager being assigned to your project who would acquire soil samples and ultimately draft a report of the work activities.  Cheapest is not always best.

We consistently get calls from people who had a tank removed, cost for the work was abnormally low and invariably they are told the tank leaks and oil tank cleanup is between $7,000 and $15,000.00.  Calls come in every week with consumers regretting who they hired to remove their oil tank.

"Rust never sleeps and all tanks will eventually fail", this is a factual statement. Not every tank leak warrants remediation. Environmental regulations allow a certain amount of oil to remain in the ground. So you can have a leak that is not so bad and avoid spending tens of thousands of dollars to clean it up.

At Curren Environmental we have over 20 years experience with tanks, we have removed thousands of tanks. With a high level of confidence we can say that we are very good at what we do.

I can almost guarantee any company you talk to has NOT removed  a tank like the one in this photo.  We are licensed in NJ, DE and PA for tank removal and have removed tens of thousands of tanks.  Experience pays dividents

Our tank contracts include labor and material to perform the job. We include soil sampling and a report with all our jobs. Most importantly, we provide a dedicated licensed project manager to every tank project. The project manager will guide you through the project, being your primary point of contact. They will be at your property on the day of removal, will be taking soil samples and drafting the final report. We are unique in that we provide a detailed explanation of work and we work hard to save clients money. We would rather take additional soil samples for a few hundred dollars that will save you thousands by avoiding remediation.  We can be your advocate and show that the tank leak is not serious. 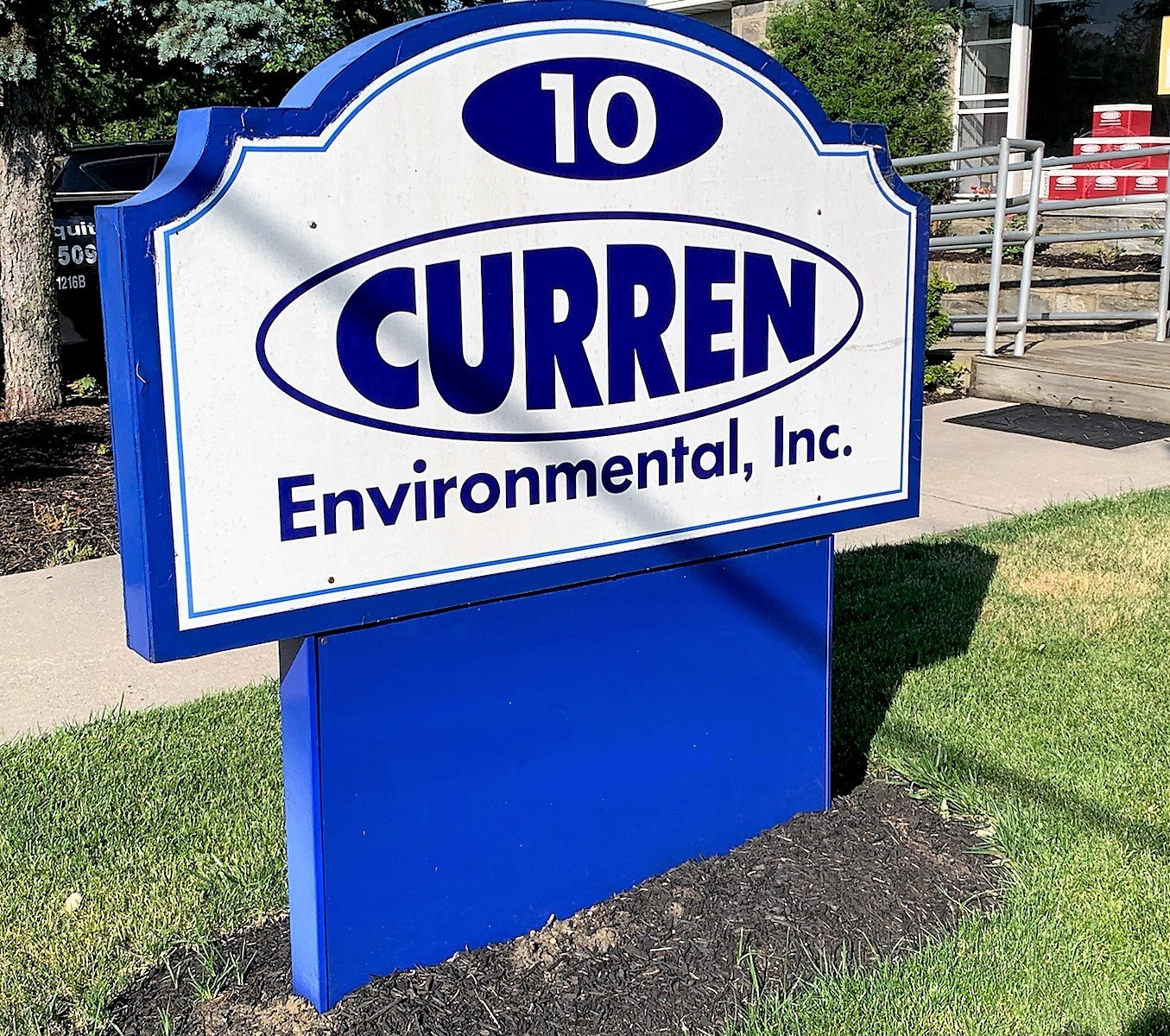