aka  (Tank Closure in Place) 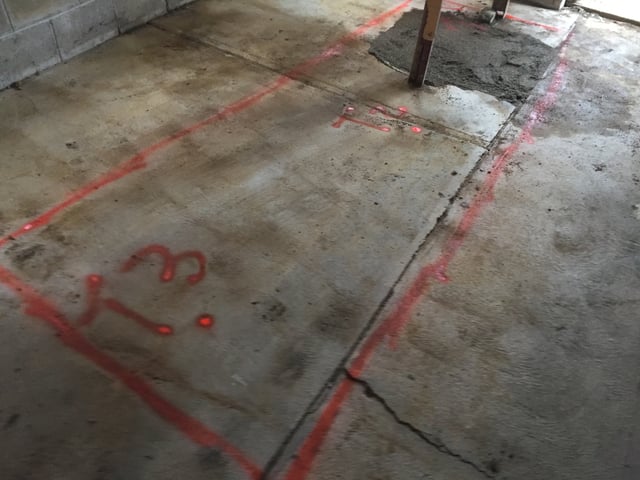 Curren recommends that in all cases where it is feasible, the underground storage tank be removed. While this approach is recommended, we know from experience that removal is not always feasible. Tanks can be located under decks, beneath patios, in basements, crawl spaces and beneath additions. In general, some tanks were buried without regard to having the tank removed in the future.  You may also find that utilities were placed on top of or across the tank.  Natural gas lines are very common to run on top of or adjacent to buried tanks.  In certain cases, tank removal is prohibitive (expensive). In these cases, a tank closure in place is the preferred option.

Petroleum storage tanks once cleaned can be filled with an inert material, such as sand, concrete slurry or foam. Once a tank is cut opened and cleaned it is technically no longer a tank as it can no longer securely store liquid contents.   Also by cleaning the tank, as per API standards (American Petroleum Institute) you are removing the possibility of the tank ever leaking.  Remember the most important question about any tank is if it leaked.  So EVERY abandoned tank needs soil testing and  a report explaining the test results and why remediation is not necessary, every tank.  Its what we do for every commercial tank, and residential tanks require the same documentation. 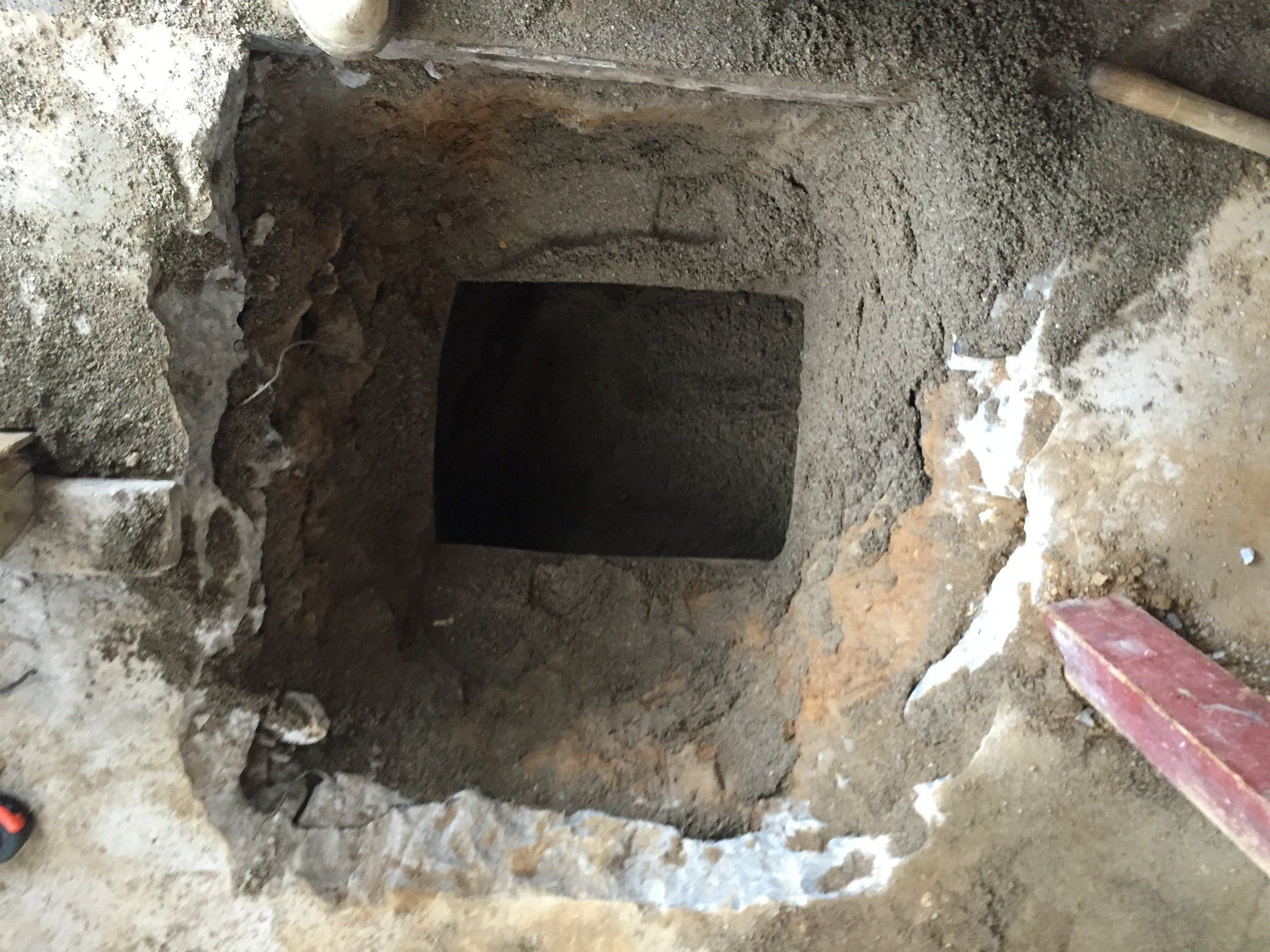 The same limitations that can prevent a tank from being removed can also physically hinder the ability to fill a tank with an inert material. The standard ratio of up to five (5) cubic yards of material are required per 1,000 gallons of storage tank capacity. If a tank is located in a physically inaccessible location, the ability to fill the tank with either concrete or sand may be logistically not possible or prohibitively expensive. In these instances foam filling the tank is the most practical option.

Environmental Managers are available Monday to Friday from 8:00am to 5:00 pm EST.

The procedures followed to foam fill a tank are as follows:

Before any tank closure work can be performed; a permit to abandon the underground tank will be obtained from the local municipality, fire department, health department, or other applicable agency.

As required by law, Curren will notify the applicable state "ONE CALL SYSTEM" to obtain a utility mark out at the subject site.  Once notified, if there are public utilities in the area of excavation, the utilities will mark their lines. All on-site work will proceed after all utilities have been marked. 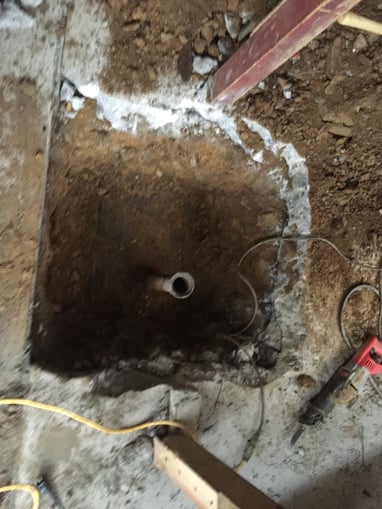 Upon arrival to the site and prior to excavation all pumpable liquid product will be removed from the tank and lines. After removal of the tank pumpable liquids, overburden soils will be excavated to expose the top portion of the tank

Uncover the top portion of the tank, cut a hole in the tank. After the tank has been 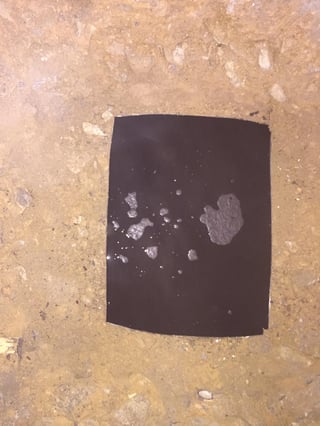 exposed and all the liquids removed, the tank will be purged of petroleum vapors. Continuous atmosphere monitoring of the tank will be performed for flammable vapors and Oxygen content. If no flammable vapors are present and the tank contains sufficient Oxygen, the tank will be entered and cleaned. American Petroleum Institute Publication 2015, "Cleaning Petroleum Storage Tanks," procedures will be followed throughout this phase of the project. Tank cleaning will consist of wiping, squeegeeing, and removing all liquids and sludge from the tank. All liquids and sludge generated as a result of the tank cleaning process will be placed into a vacuum truck and transported off the site under a bill of lading.

What does everyone want to know about an oil tank?  People want to know if they tank leaked.  Leaking tanks cost money to cleanup.  The way you know a tank did not leak is by obtaining soil samples.  When a tank is being abandoned in place, how do you obtain soil samples from below a steel tank?

You can cut holes, or the industry term cut coupons in the bottom of the tank so you can access soils below the tank and obtain your samples.  This practice has been followed for over 20 years, the problem is many tanks never had the testing performed when the tank was filled in place.  These cases dictate that you reverse engineer the prior tank removal by removing all the prior fill installed, you reclean the tank, cut coupons and obtain soil samples. 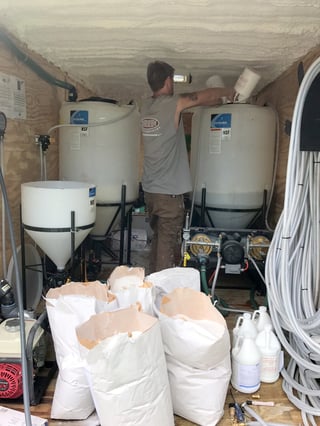 After the tank has been cleaned and inspected by the local official; the tank can be filled with an inert clean material including sand, concrete slurry or foam.  Each has its advantages.  Pertaining to foam filling, foam tends to be able to be installed in a tank when access is an issue and when future removal maybe a possibility foam is white in color and is classified as an inert nonflammable material.  The foam is mixed on site to the quantity needed to fill the tank void (volume).  The photo below shows one of Curren's foam trailers.

The foam is installed utilizing a wand similar to a power washer wand. The hose utilized to transfer the foam can be snaked several hundred feet around corners and downstairs to the tank location.

Foam has superior advantages to reach areas where sand or concrete cannot.

Concrete slurry can also be used, as seen in the following photo: 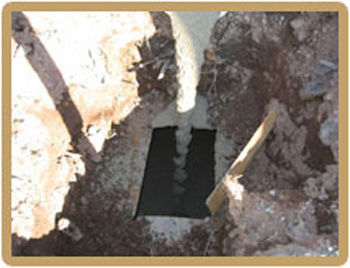 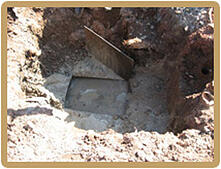 Lastly a tank can be filled with a clean sand fill as the following photo demonstrates. In this photo you are seeing the tank during the process, ultimately more sand is added filling the space. 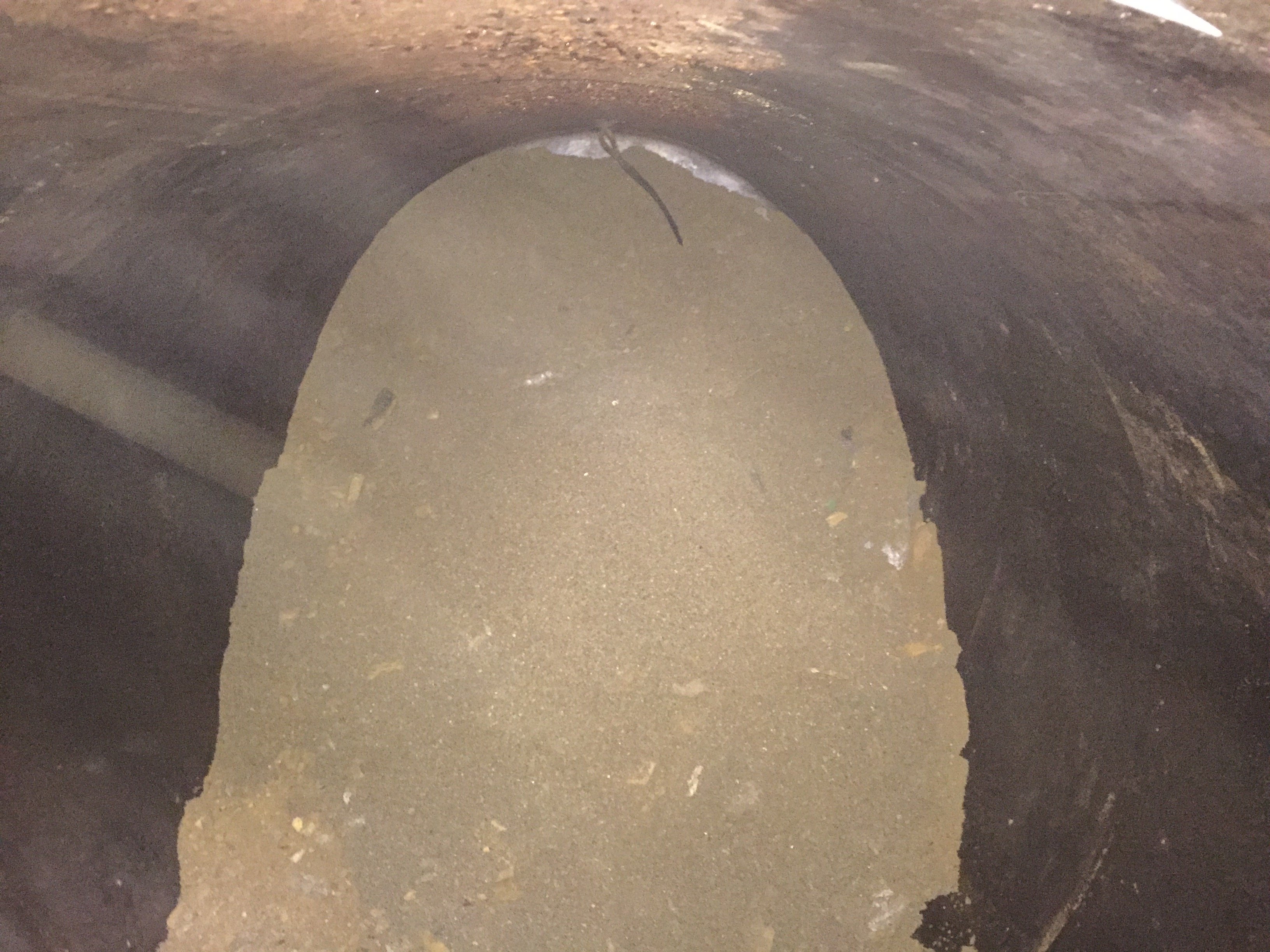 In addition to cleaning and filling the tank in place, the outside fill and vent to the tank needs to be sealed so that oil can no longer be delivered to the out of service tank.  You must also back fill the area excavated to access the tank.  Typically, a 4' by 4' area is excavated to safely access the tank top. 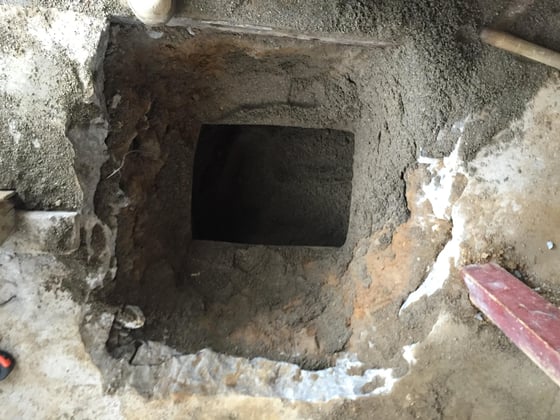 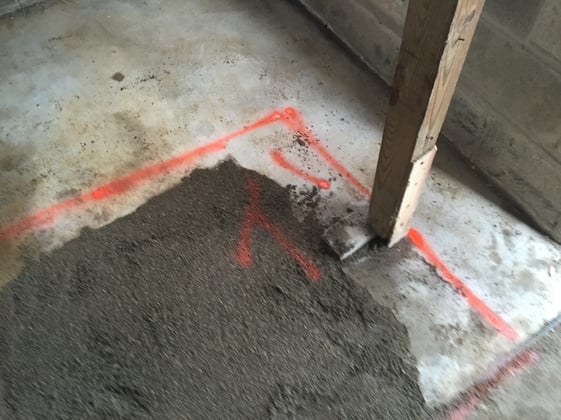 How do I know  the tank abandoned in place didn't leak?

Many people believe that if you leave abandon in the ground, you can't obtain soil samples to determine if the tank leaked.  This is a false assumption as there are requirements for commercial tanks, which include obtaining soil samples even if a tank is abandoned in place.  How this is performed is by cutting holes or as we say in the industry coupons in the bottom of the tank.  This coupon clipping allows the soils below the tank to be obtained and placed into laboratory supplied glassware and submitted to a licensed laboratory for analysis.  The photo below shows a triangle shaped coupon cut in the bottom of the tank.

Now there are many people who had their tanks filled in place and who did not obtain soil samples, either because they got bad advice from the removal company or they did not want to find a problem, or both.   These tanks are a whole separate issue, which you can learn more about by clicking the following link: 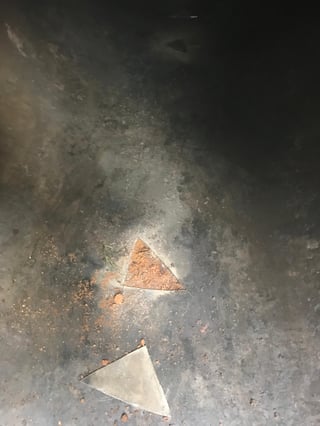 In summary, most tanks can be removed for the same cost as abandoning a tank in place.  These are sites that have a tank in an accessible location, which is the vast majority of tanks.  Now there are situations where there are obstructions that hinder the physical removal of a tank.   Maybe you could remove these tanks, but often times the math doesn't work, meaning it is just much more expensive to remove than abandoning the tank in place.

Curren recommends abandoning an underground storage tank in place when the tank is located under a building or would endanger a building structure if removed. It should be noted that some townships and municipalities may say they do not allow abandonment in-place. This is typically not the case as the town would have had to enact a statue or law, which takes time and money.  Ask to see the regulation.  If abandonment in-place is the only option, then soil sampling beneath the tank is highly recommended.

What if a tank was abandoned, filled in place under grass in an easy to access area?

If you don't have a report, the tank gets removed.  Most likely (based on 10,000's of tanks, people left the tank in place to avoid finding a problem.  Don't believe the excuse that they didn't want to make a mess, grass can be replanted, mulch re-laid, concrete repaired.   Hey, have you ever seen an inground pool being built?   Yards looks like a major construction site because you need to dig dirt out and bring concrete in.  After pool install everything gets redone nice, same thing for a tank removal.

Still have question? Call Curren Today, we are licensed for tank work in Delaware, New Jersey and Pennsylvania, 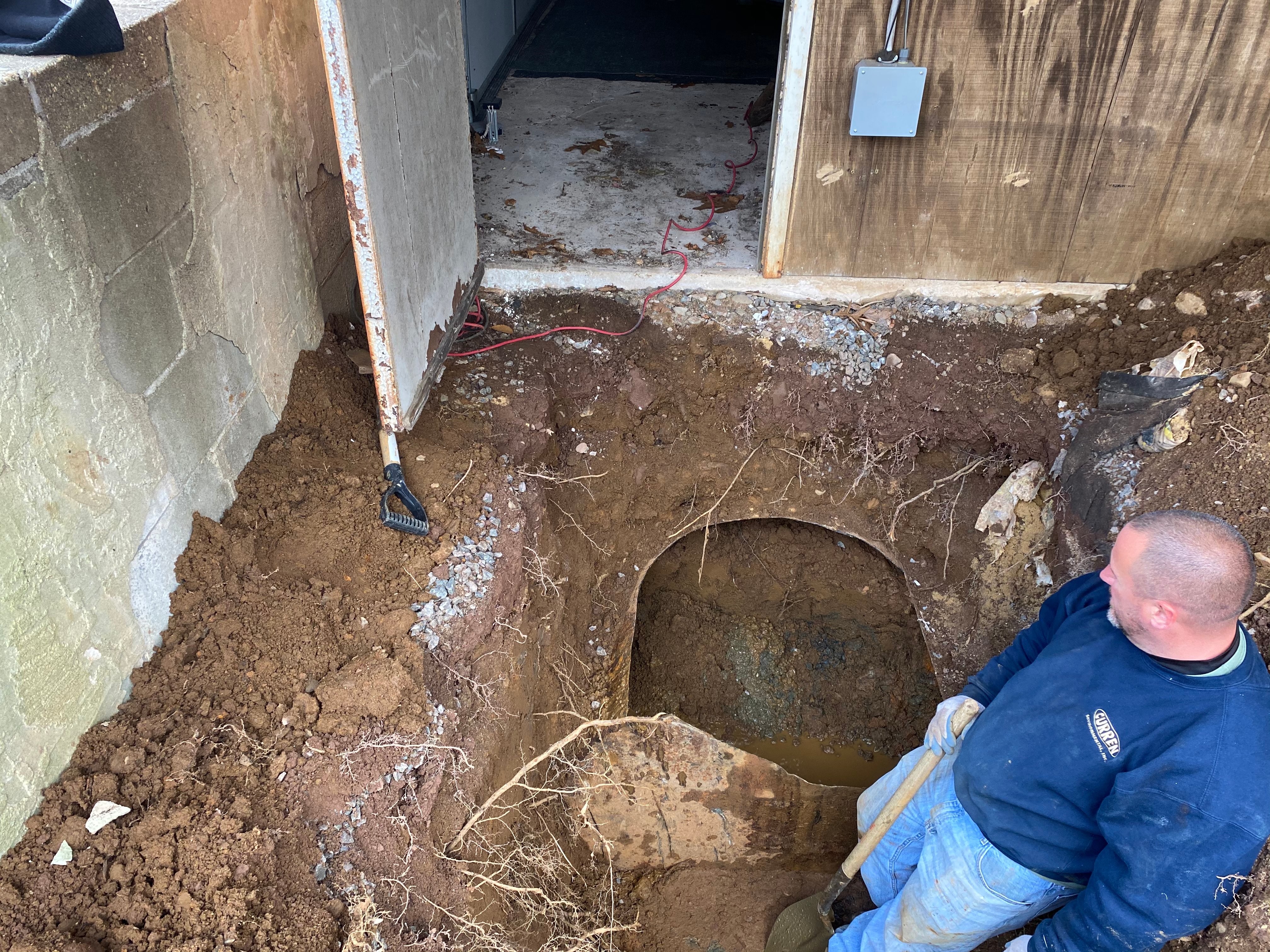 Some buried oil tanks have had structures built over them, requiring the tank to be closed in place.  The photo above is one such property.  There is always a work around. 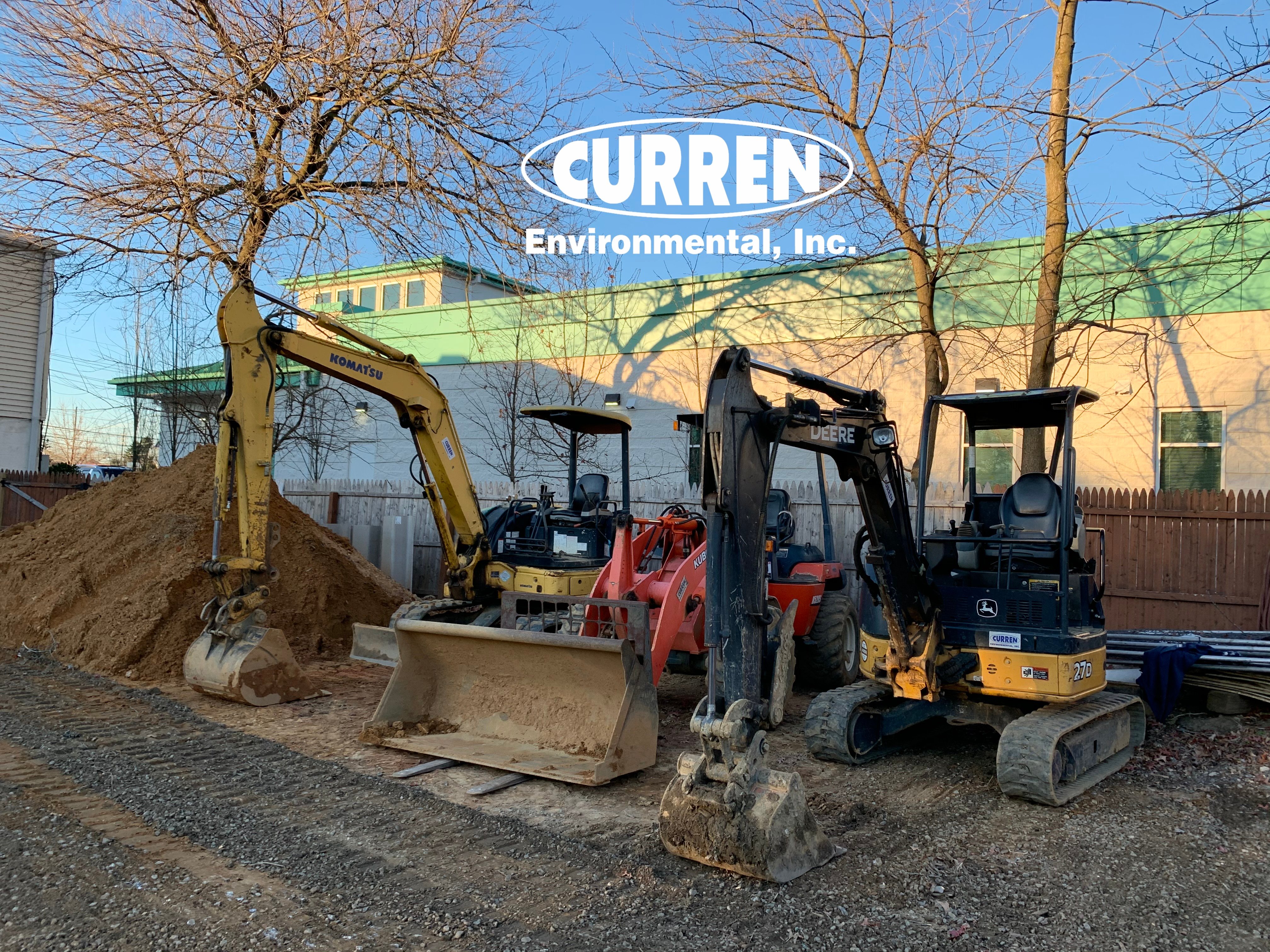