Help is a phone call away. 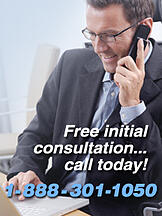 To Request a Quote or More Information

The number one method for finding buried objects such as petroleum tanks, water lines, sewer lines and other buried objects is by performing a Ground Penetrating Radar (GPR) survey.   GPR surveys are non destructive evaluation (tank sweep) of buried objects. 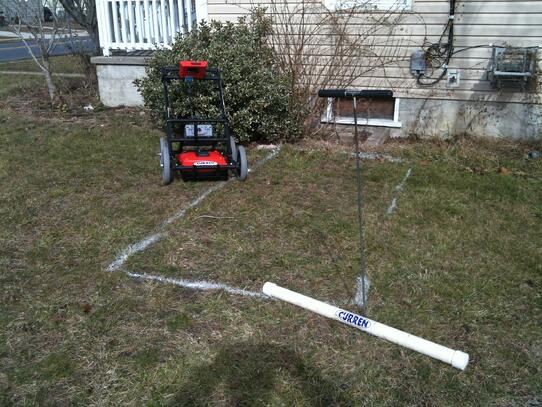 The white rectangle in the photo represents a buried underground storage tank (UST).  No indications of the tank was present prior to the GPR survey.  A real estate transaction found that the property once had oil as a heating source. The current owner had no knowledge of an oil tank and hired Curren to completed a tank GPR scan of the site to determine if a tank was present. 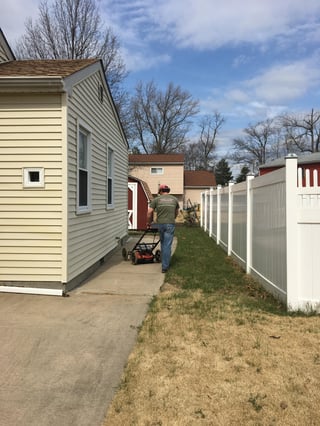 A. GPR is radar,  the system is mounted on a cart (photo below) that houses the carry and GPR antenna.   The antenna radiates short pulses of high-frequency EM energy into the ground from the transmitting antenna.  When this EM energy (wave) encounters the interface of two materials having different dielectric properties (i.e., tank buried in the ground), a portion of the energy is reflected back to the surface, where it is detected by a receiver antenna and transmitted to a control unit for processing and display.  In short, GPR can't go through solid metal objects such as tanks or metal pipes, so the GPR signal bounces off the object  (reflects the EM signal) back to the surface, where it is read and logged.   If the signal does not encounter a buried object the EM signals goes deeper into the ground.  The difference between these two readings is what allows a GPR technician to determine a buried object from normal soils.

The difference between these two readings is what allows a GPR technician to determine a buried object from normal soils.  The bump, mountain or convex image seen on the below screen is what informs the GPR technician that a tank is present. 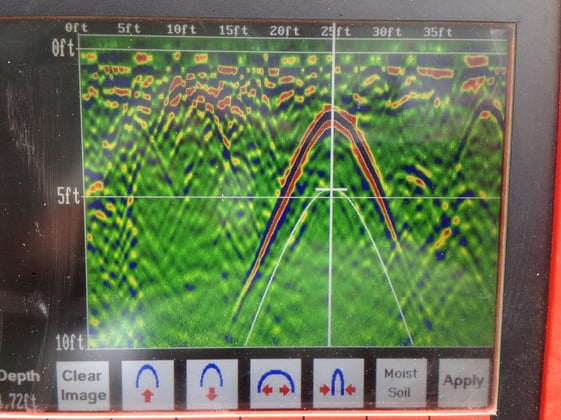 Q.  Is GPR similar to a tank sweep with a metal detector?

A.  Metal detectors and GPR are apples and diamonds. The metal detector being an apple and the GPR being the diamond.   Metal detectors make beeping sounds when metal is found, GPR sends an image.  Metal detectors are appealing because they are relatively inexpensive ($200.00) to perform, but are highly ineffective.  All oil tanks will be found around the footprint of a structure (house), houses  have a metal signature.  The buried utilities that feed the house (sewer, water, etc.) have metal.  Concrete sidewalks and driveways can have wire mesh or metal rebar built into them.  The earth has natural metallic properties.  All of these sources of metal will provide false positives for metal detectors. 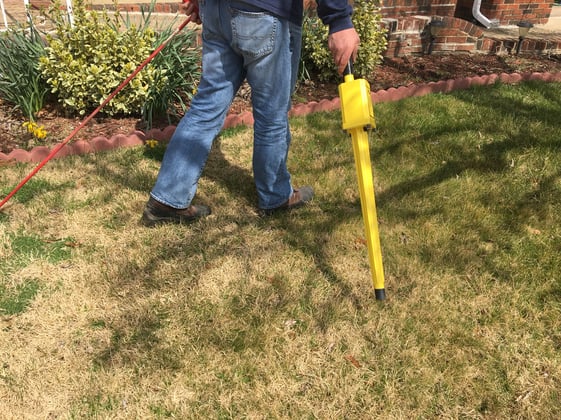 Q.   How do you use GPR for a buried tank or utility?

A.    The GPR system is mounted on a wheeled carrier (about the size of a lawn mower) vehicle which is manually pushed by the GPR operator. The GPR system transmits radar waves into the ground and reflected back to the surface by the radar unit.  As the radar unit is moved along, the ground scans are collected and interpreted by the operator.  So real time locating of buried oil tanks can be made. 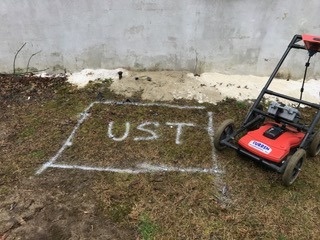 A.  No x rays and GPR are two different methods of scanning.  GPR is the more popular for finding buried objects.

Q.  How deep can GPR penetrate or see below the ground?

A. Effective depth of penetration ranges from about one foot in moist clay to 50 feet or more, in dry granular rocks and sediments. Also higher frequency signals are attenuated faster then lower frequencies.

Q.   Can you use GPR to find buried tanks and buried utilities in concrete?

A.   Depending on what you are looking for i.e, a buried tank or a utility that is encased in a concrete floor, there are specific radar antennas that can be used.   An example is this is that when you are performing concrete inspections, a different GPR antenna would be utilized than if you were looking for a buried tank.

Q.   Can radar (GPR) go through concrete and asphalt?

A.   Ground penetrating radar can go through asphalt and concrete to locate buried utilities and tanks.   GPR is commonly used on commercial sites due to its many advantages over metal detectors. 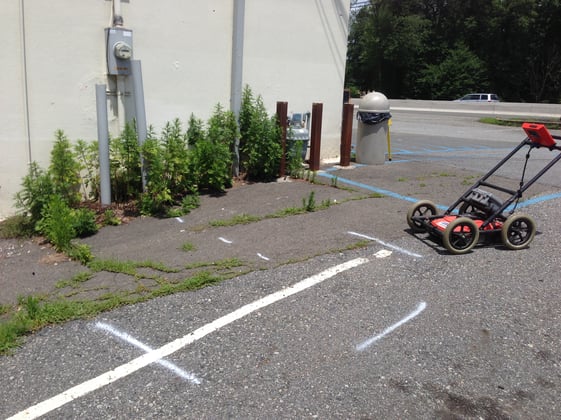 Q.   How do you identify buried objects such as tank and pipes with radar?

A.   When the GPR unit has gone over an area that contains subsurface information, the GPR technician records the information, including location and buried depth.  Our Geophysical technician then accurately marks the ground at the  position of the object with spray paint. Once the area has been marked the GPR survey can continue. 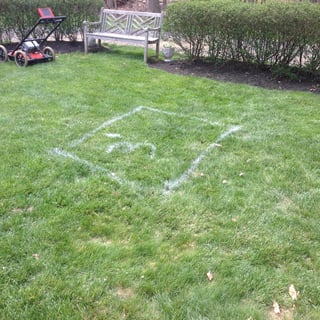 Q.    If I find a buried oil tank or former tank grave (excavation) can Curren remove and test the area?

A    Yes Curren is a licensed tank removal and testing company. Curren can remove and test the tank location or do soil borings to test the soil where a tank was previously buried.

Q.  Should I be concerned if a buried oil tank was on my property, but was removed?

A.   Yes and No.   Yes, you should be concerned because the tank may have leaked and that question needs to be definitively answered.  The most important question regarding any tank is if it leaked.  Leaking tanks cost thousands of dollars to remediate.  A tank removal while still expensive will cost less than $2,000.00 on average.

Now the No answer.   If you have a report documenting the tank removal with soil tests stating the tank did not leak, then no you do not need to be worried.

Q.   I am buying/selling a house and the only information I have concerning the tank removal is a permit from the township stating the tank was removed and approved.  Is that permit enough? 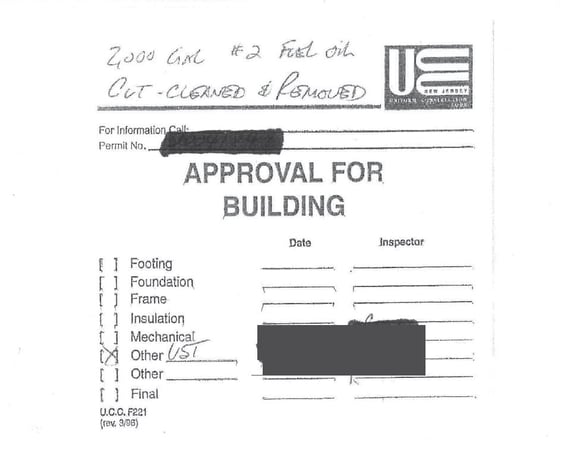 A.    No it is not enough.  The above sticker indicating that the tank was removed and APPROVED is from the local construction office.  The sticker is approving the physical construction activity that the tank was removed.  Construction officials are not an environmental agency such as the NJDEP in New Jersey or the PADEP in Pennsylvania. A tank leak is not a construction activity but rather an environmental issue which is performed by the licensed tank removal company hired to perform the work.

If you are buying a house that was built between 1900 and 1990's there is a strong possibility that oil heat was used at the residence.   Consider adding a tank scan with GPR as part of your home buying due diligence.   Did you know that the number of tank sweeps has increased significantly from 10 years ago?  Thank the internet, the recession and generally more savvy buyers.   Consider the fact that while you might care about an oil tank, the person you sell the house to might and if they find a tank, you are responsible for the tank.

Questions? Monday to Friday 8:000 am to 5:00 pm EST environmental project managers are available to answer your questions.