The saying we get better with age, well that relates to a foundation of knowledge based on years of experience.   At Curren Environmental those that know teach, those that know, know from decades of experience thousands of sites.   We do peer reviews of the work of other environmental companies every day, thousands of reviews a year.  These reviews are both paper reviews (in office) as well as on site over seeing work for clients protection.  Needless to say we see the good and the bad.  The bad is also not always the cheapest price.  Bad projects have a common thread of promising things that they cannot deliver on or to be put frankly telling the client what they want to hear, even though this may be the opposite of what other firms are saying.  Key topics, don't worry about a leak, we can manage the leak if one is found, lastly we can remediate for a lump sum and we do not need any testing data (these firms have x-ray vision. 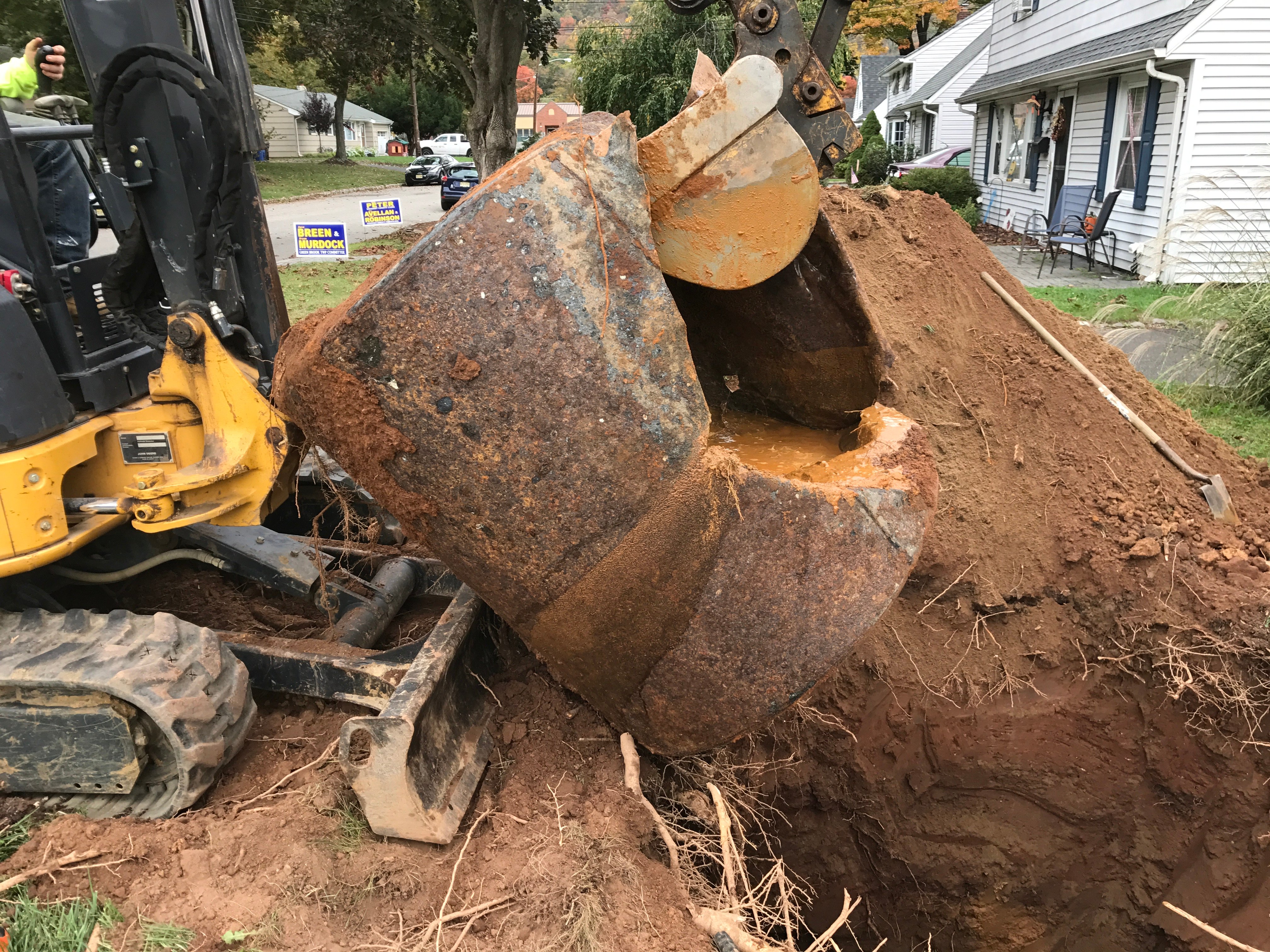 Recently I had to oversee the removal of a residential oil tank.  The tank was actually found via a GPR tank sweep by Curren. The  owner had no knowledge that a UST was present Tank Sweeps with GPR.    Owner got a really inexpensive cost to remove, so client (buyer) wanted the removal to be overseen.   Now I am not saying cheap isn’t good, everyone wants a bargain, you don't want to pay full price, but you also get what you pay for.  Cheapest is rarely best, its the cheapest.

The photo below shows one of the onsite projects reviewed. I knew that the person wearing gym shorts at 9 am  and no shirt  meant the day was going to be interesting.  Let’s start by saying, gym shorts and a tank top are not proper work attire.  It’s was a hot day so the gym short person took the tank top off, at was maybe 9:10 am.  Things didn’t get better from there. 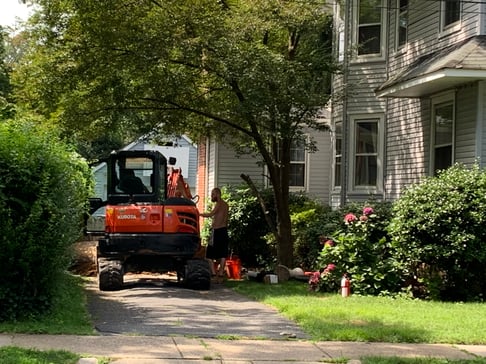 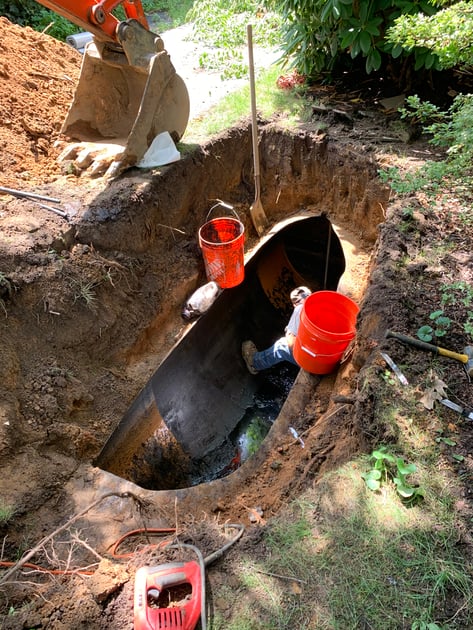 Yes that is a person inside the tank with no PPE (personnel protective equipment, respirator etc.), completely not according to regulations.

Although the company had lettered vehicles they spelled remediation wrong.  If you say your do something  you should be able to spell it.

So the tank gets excavated just enough to clean it.  Took them 2 hours to remove the tank after cleaning, because the tank was 80% buried. They couldn't see the logic in uncovering the tank to the 50% mark so the earth wouldn't hold it in place.  Over the course of two hours, they damage the driveway, killed mature shrubs and after removal hit a sewer line that would have been avoided had they had gone into the basement to evaluate for utilities.  Inspecting a basement to see where underwound utilities enter is excavation 101, utilities are not marked accurately 100% of the time, property owners may not know on where what utility is located and lastly not all utilities get marked.  In any event the damage could have been avoided.

Now the good part, tank is removed and it requires two inspections.  No one knew of or when that would occur.  To be brief they had no inspection, took no soil samples (sampling is the only way you can 100% verify the tank did not leak) and backfilled the hole.

How do you avoid tank removal mistakes?

To be clear removing a tank is not building the international space station, but there are a slew of regulations and protocols you must follow API, OSHA, NIOSH.  You can check reviews on line for sure, but here are some tips that can find out the good from the bad.

It's tough to compare environmental services to other industries, but our office get a large share of property owners gripping about how the hired the wrong company.  To be fair most people will never have to remove two tanks in their lifetime or complete two mold projects, so you are doing something once and likely won't do a good job at it.

END_OF_DOCUMENT_TOKEN_TO_BE_REPLACED

What you should know about removing an oil tank.

What you should know about removing an oil tank.

Since the northeast part of the United States was part of the original Thirteen American Colonies  we have a longer history of oil heat than other parts of the country.  You can find oil heat in homes that were built before the mid 1980's going to 1900.  If you have a house circa 1800's or the early 1900's there is almost 100% certainty that oil heat was utilized at some point. Heating oil was stored in either aboveground storage tanks (ASTs) or underground storage tanks (USTs) for heating homes, and other commercial applications. Nearly 100% of oil tanks were constructed with steel, fiberglass wasn't even considered for commercial use until the 1970's and even then commercial use was limited and residential was near nonexistent. Rust never sleeps and all steel will corrode over time, buried tanks will corrode faster than aboveground tanks, thinner tanks faster than thicker tanks. The reduction of sulfur from heating oil to help with clean air actually increases biological activity in a tank and this bacteria can crease corrosive byproducts which can actually corrode a tank from the inside. 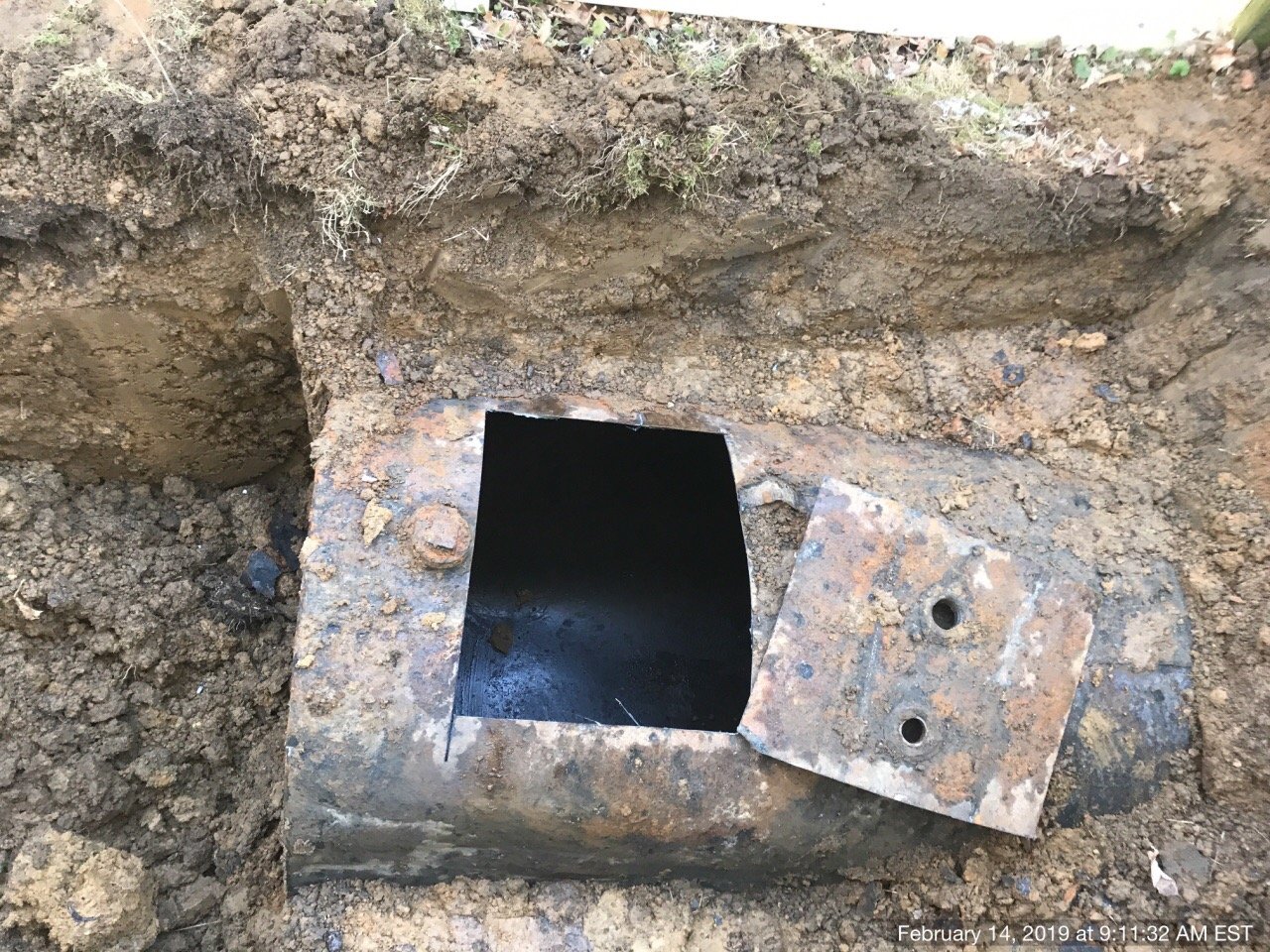 It has been estimated that almost 100% of the buried oil tanks have exceeded their reasonable life span and should be replaced.  (The average warranty on a new tank is 20 years, a great roof has 40 year shingles, so you do the math). How long does an oil tank last?  The number for ASTs nearing retirement is closer to 50% as many of the AST are newer, having replaced older USTs.  Oil tanks are rarely ever replaced and almost never with another UST.  If a UST was replaced with an AST it was probably because there were issues with the UST taking on water or losing product.  To put tank age in perspective:

What you should know about removing an oil tank is that there is a possibility that the tank leaked and any buyer of the property  will want testing performed at time of removal to document that the tank didn't leak.  In short, do not buy a property that had an underground oil tank removed without a report documenting the removal and associated soil testing.

Common questions we get asked about buying a home with an oil tank:

Would I buy a house that:

Had oil tank removed with no soil testing or report, no.

Tank removed, owner has a page of lab day, no report, no.

Tank was filled in place with sand, no soil testing, no.

House has an in use underground oil tank, no

For a property owner removing an oil tank, when they speak to firms concerning oil tank removal the possibilities of a leak and necessary soil testing should be discussed and put in writing as leaking tanks can spiral projects costs into the tens of thousands of dollars.  I say this as we get calls from people who had a tank removed and they feel a bait and switch occurred.  They never discussed the tank leaking, hired the cheapest company and after removal the company pointed out the smallest hole in the tank to owner and construction inspector to ensure they tank fails inspection.  What followed next was a $10,000.00 estimate for remediation, that's when our office gets called.

What you should know about removing an oil tank is it is a very complicated process, in particular in New Jersey.  In August of 2018 NJDEP revised regulations requiring 5 soil samples to be obtained from an oil tank that is removed and evidence of a leak is noted.  NJDEP Oil Tank Regulations August 2019  Our office has yet to see any tank removal proposal since August that references these new regulations and the required soil testing.  I know this as we get THE CALL from unhappy tank removal clients and the contracts they signed for tank removal are vague and ignore the steps you have to take if the tank leaks.

Why do NJDEP regulations require you to take five soil samples when a tank leaks?  The soil samples are meant to thoroughly evaluate the tank excavation for oil levels. You see rather than assume the tank leak requires remediation, the NJDEP wants you to test each sidewall and the bottom of the excavation, this allows you to make an informed decision as there are a couple possible outcomes from an oil tank leak, here are a few:

Curren Environmental has been performing tank removal for over 20 years, in New Jersey, Pennsylvania and Delaware.  Our office will take the time to discuss your project answering all you questions and discussing the good and the bad.  A common statement we tell clients is we tell you what you don't want to hear, meaning we discuss the downsides meaning the leaking tank situations so you are at the least aware of the possibilities. When you receive a written scope of work from Curren what was discussed is in writing including soil sampling cost and NJDEP reporting if required. If you want a professional opinion, a professional tank removal and most important a professional report documenting the tank removal, call our office. 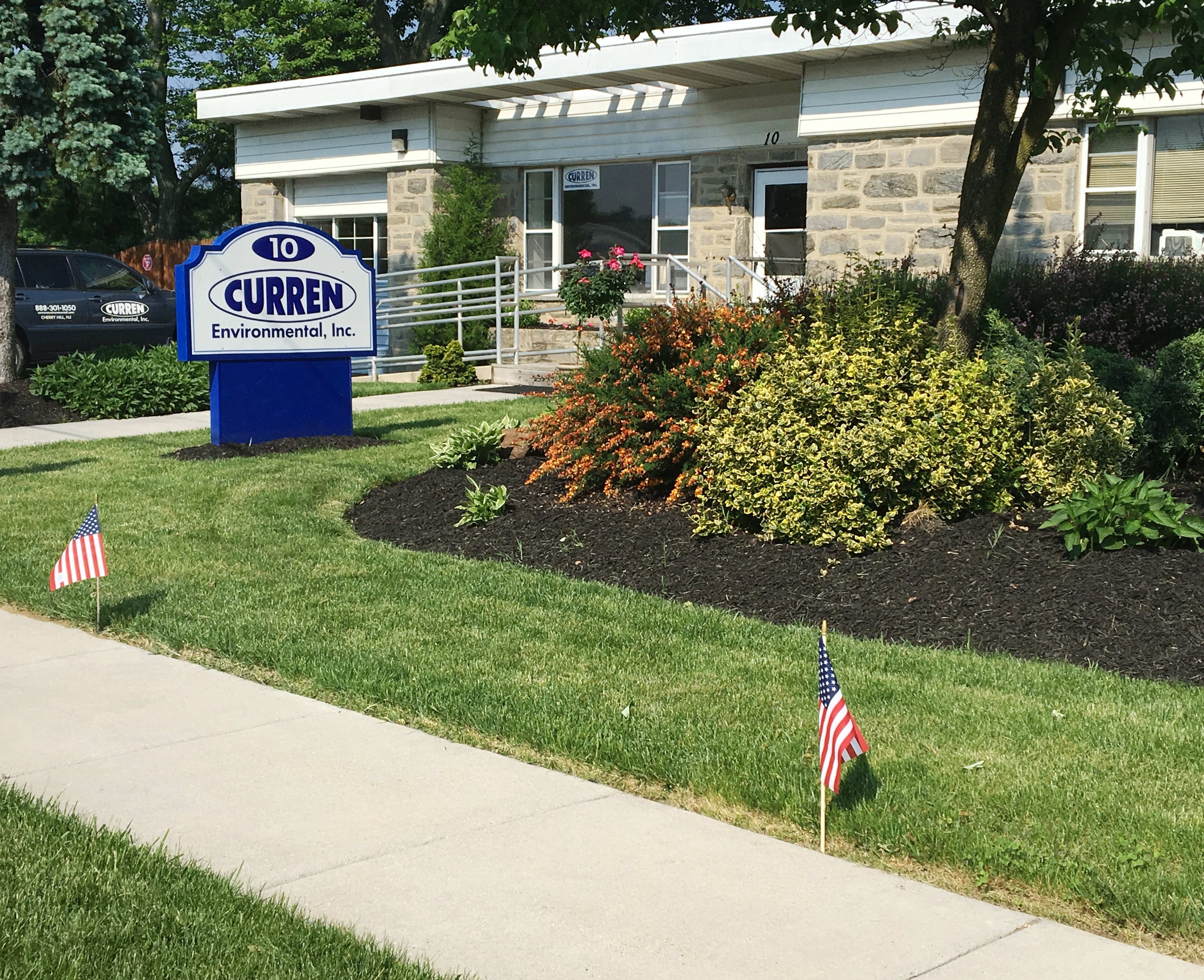