What New Landlords need to Know

July 22, 2022, New Jersey’s newest lead-based paint law is now in effect and the law affects all pre 1978 rental properties. The law is being referred to as New Jersey’s Lead Safe Certification and requires rental property owners to complete a lead paint inspection. The inspection is either visual or visual and wipe sampling depending on the municipality.

What landlords need to know

The New Jersey lead law requires that the landlord of residential properties (apartments, houses, duplexes, etc.) hire a certified lead evaluation contractor to perform inspection on target properties single family, two-family and multiple rental dwellings for lead-based paint hazards every three years. The first inspection must be completed by July 22, 2026, or at tenant turnover if that occurs prior to July 22, 2026.

If your rental property has not had lead testing performed previously and you would have obtained a Lead Free certification, then you are to assume lead paint is present and have the lead paint inspection performed. In short if you don’t have paperwork stating the building has no lead paint you must perform the required inspections. 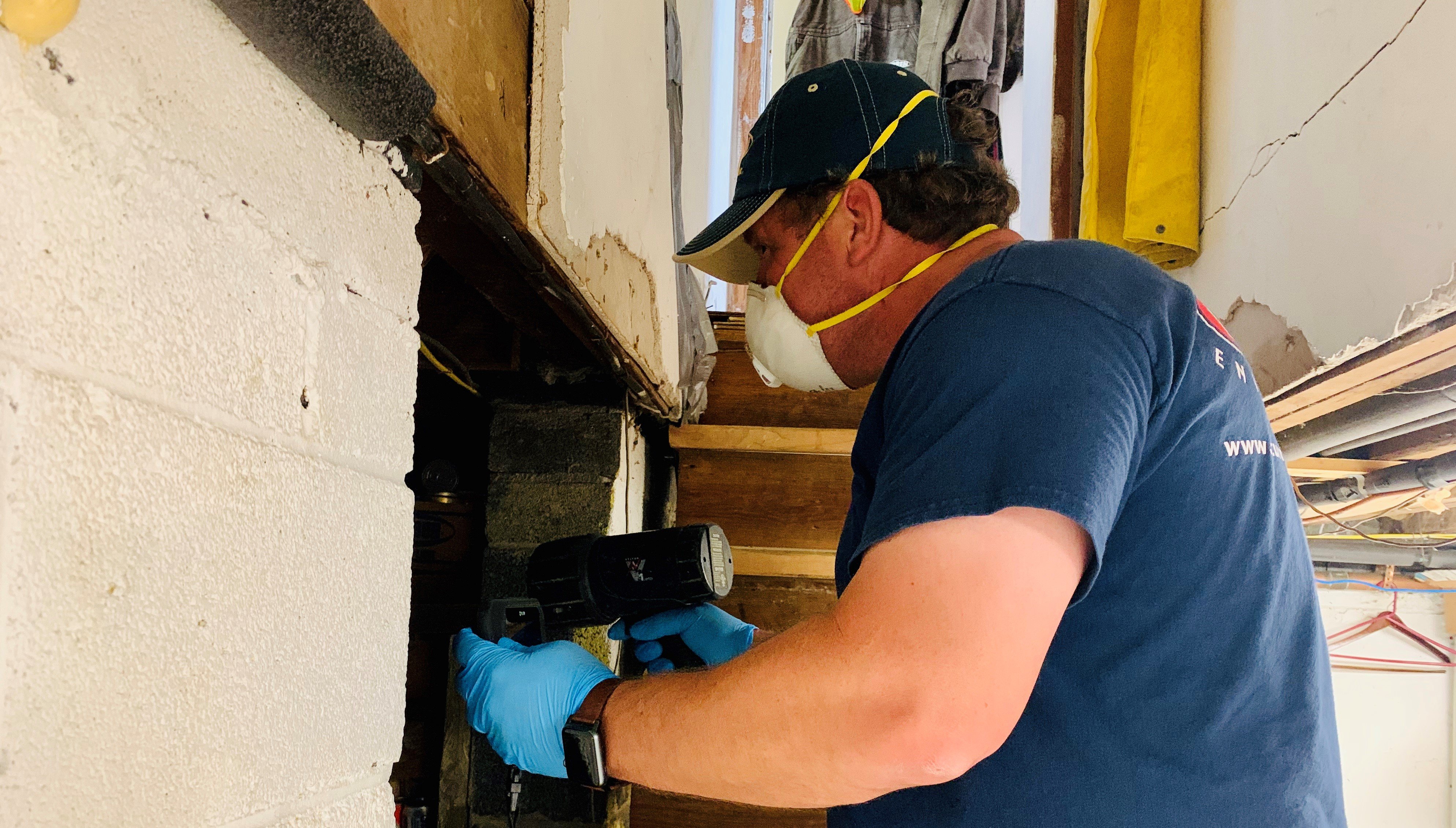 For example, one of the photos below would pass the lead safe inspection, the other would not. 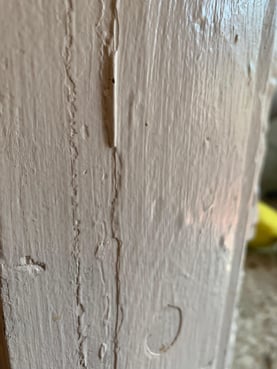 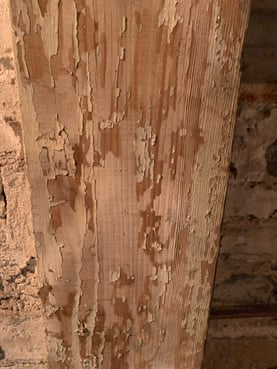 Call the Experts Since 1998 END_OF_DOCUMENT_TOKEN_TO_BE_REPLACED

Lead is sometimes considered the first metal. The ancient Romans used lead for plumbing and regarded lead as the “father of all metals”. Even though they discovered that lead could cause madness, and even death lead was still used. Especially among the aristocrats who used it in wine carafes, glasses, and food plates, all which contained lead. Leading to, what many scholars researched, the fall of the Roman Empire.

Moving towards the “New World” era, lead was beginning to be mined in the state of Virginia. The first use of lead was known to be used in the manufacturer of arms and ammunition by American Colonies. Lead also began to be used in the US for drinking water pipes. The lead was less expensive and more durable than iron, lead piping could also be easily bent making it better to use in existing buildings. It was believed that the earliest health concerns were raised in the 1850s but in the 1920s the effort to ban or limit lead piping became known. 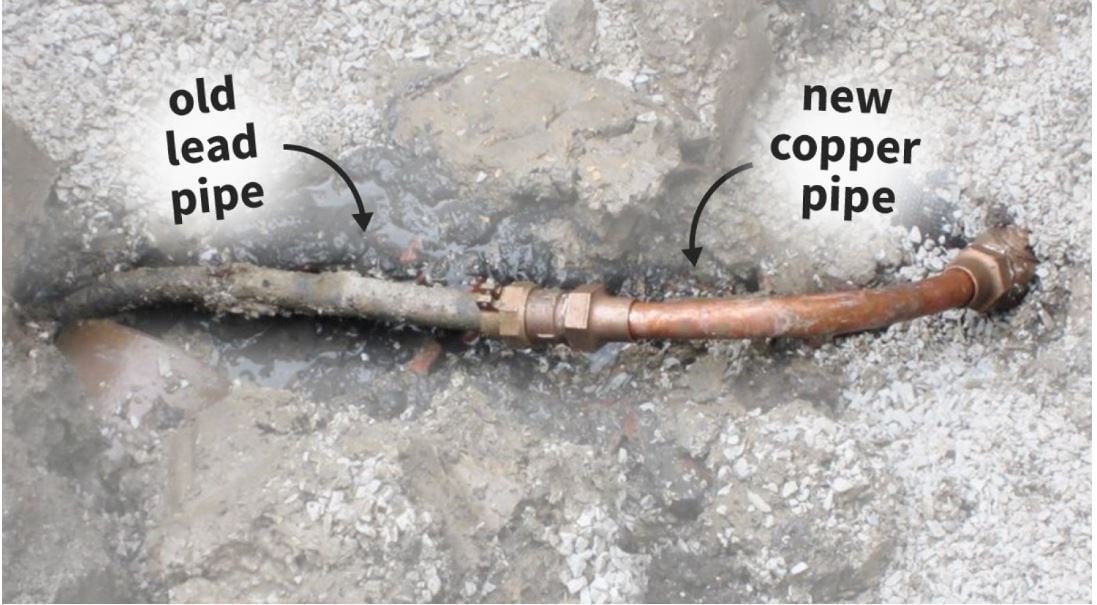 Lead can be found in the air, soil, and water. Where is lead in our homes today? Much of our exposure comes from our activities, such as the past use of leaded gasoline, industrial facilities paint, and lead piping for water use.  Did you know after leaded gasoline was banned lead in our bloodstream diminished?

What made lead paint so popular? 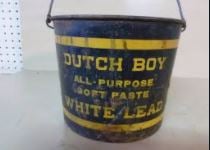 Where can lead paint be found? 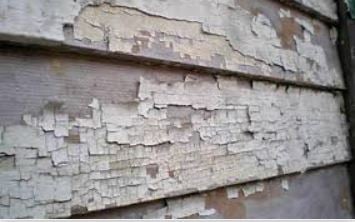 Is lead paint in your home or the home that you are purchasing? Depends on the age of the home. 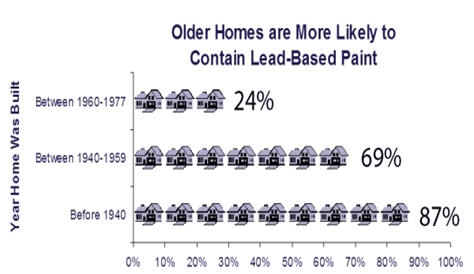 As you can see lead in paints was immensely popular and the older the home the more likely lead-based paint will be present.   Lead paint was phased out in the 1970s.   If your home is older than 1978, you likely have lead paint. EPA Fact:  Approximately three-quarters of the nation’s housing built before 1978 contains some lead-based paint. This paint, if properly managed and maintained, poses little risk.

If you want a lead paint-free home buy a home built after 1978. But also understand that paint containing lead applied to pre-1978 likely has multiple coats of paint on top of it. The risk of human exposure to lead paint directly correlates to the quality of the painted surface. Chipping and peeling paint can be a concern. If you do renovation and disturb painted surfaces, you are likely to encounter lead paint.   You are much more likely to be exposed to mold than lead paint in the average home.