Should I Remove my Aboveground Storage Tank?

Converting to natural gas from oil heat will typically include you removing the unused oil tank, except when the tank is a heating oil AST (Aboveground Storage Tank).   Many states have construction codes that requires UST closure when converting to natural gas from a UST, but not for ASTs. The number one reason heating oil ASTs are ignored is that it costs money to remove the them.    But doing nothing with the tank can cost thousands of dollars more than just the tank removal. So many properties have 300 gallon tanks sitting in damp places, slowly rusting and waiting to leak.  Basement tank remediation cost can rival to UST tank leaks, because when a tank leaks in a basement you now have to remediate soils under a house.

When a tank leaks, the typical remedial approach is to treat the contaminated soil like a cancer and remove the soil.  When the tank is outside it is easier because hydraulic excavation equipment can easily access that area. What happens when a tank leaks in basement?  Well that is hand work, very slow and expensive. 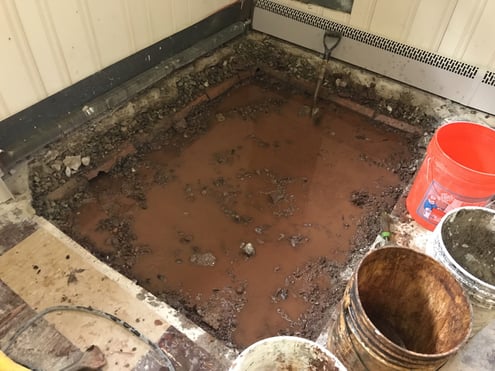 Bottom line it is pennywise and dollar foolish to not remove a heating oil AST when you stop using it.

Read on if you want to learn more. 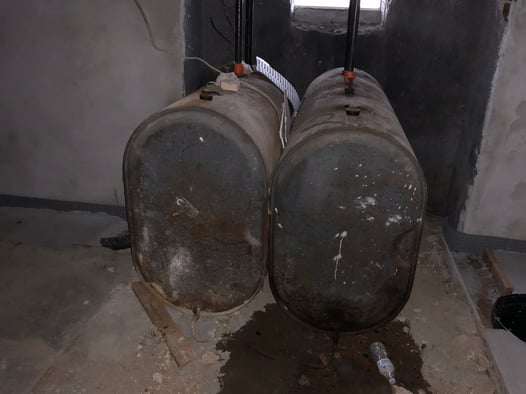 Why would an Aboveground Oil Tank (AST) leak?

Many oil tanks rust  from the inside out.  This most often occurs on the upper portion of the tank where the tank is empty and the oil is not present to lubricate the steel, condensation and humidity can allow rust to form.  The photo below shows the inside of an AST, upper portion, note the orange rust. 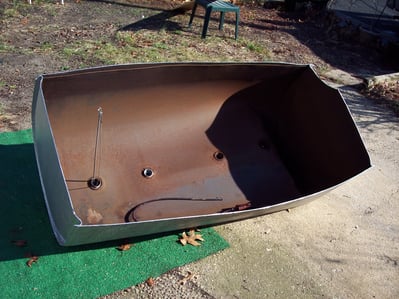 Heating oil ASTs can  also leak due to the use of low sulfur fuel, because of acid rain.

Why do we never hear about acid rain anymore?  Acid Rain fell off the radar in 1990 (30 years ago), when an amendment to the Clean Air Act required major reductions in the types of emissions that lead to acid rain, meaning we reduced our use of sulfur in fuels.   Acid rain results when sulfur dioxide (SO2) and nitrogen oxides (NOX) are emitted into the atmosphere and transported by wind and air currents. The SO2 and NOX react with water, oxygen and other chemicals to form sulfuric and nitric acids.  Sulfur is in  heating oil.

For 30 years heating oil tanks have had low sulfur fuel.  Without a high level of sulfur microbial growth will occur in an oil tank  on the bottom of the tank where sludge is present.  Secretions from these microbes produce acids that  corrode a steel tank from the inside.    So a tank can corrode from the inside where people think it is lubricated and don't even talk about exterior corrosion on the tank.

The photo below is the bottom of an AST that was cut open, note the orange rust in contact to the shiny metal.  Yep rust happens inside an oil tank. 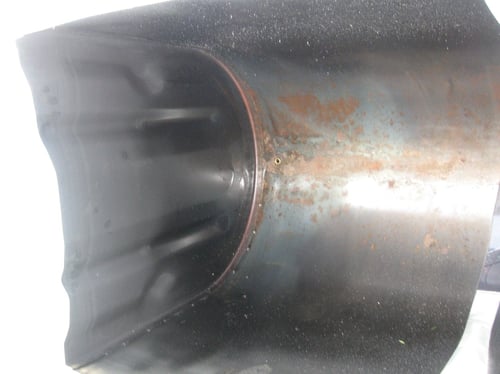 The two tanks in this photo have not been used in 25 years.  20 years ago a trench drain was installed around the tanks.  (Owner didn't want to spend money to remove 2 tanks, too expensive).  The rub is one of the tanks is leaking ever so slightly, if not addressed the oil will go into the trench drain and sump and eventually be discharged outside. 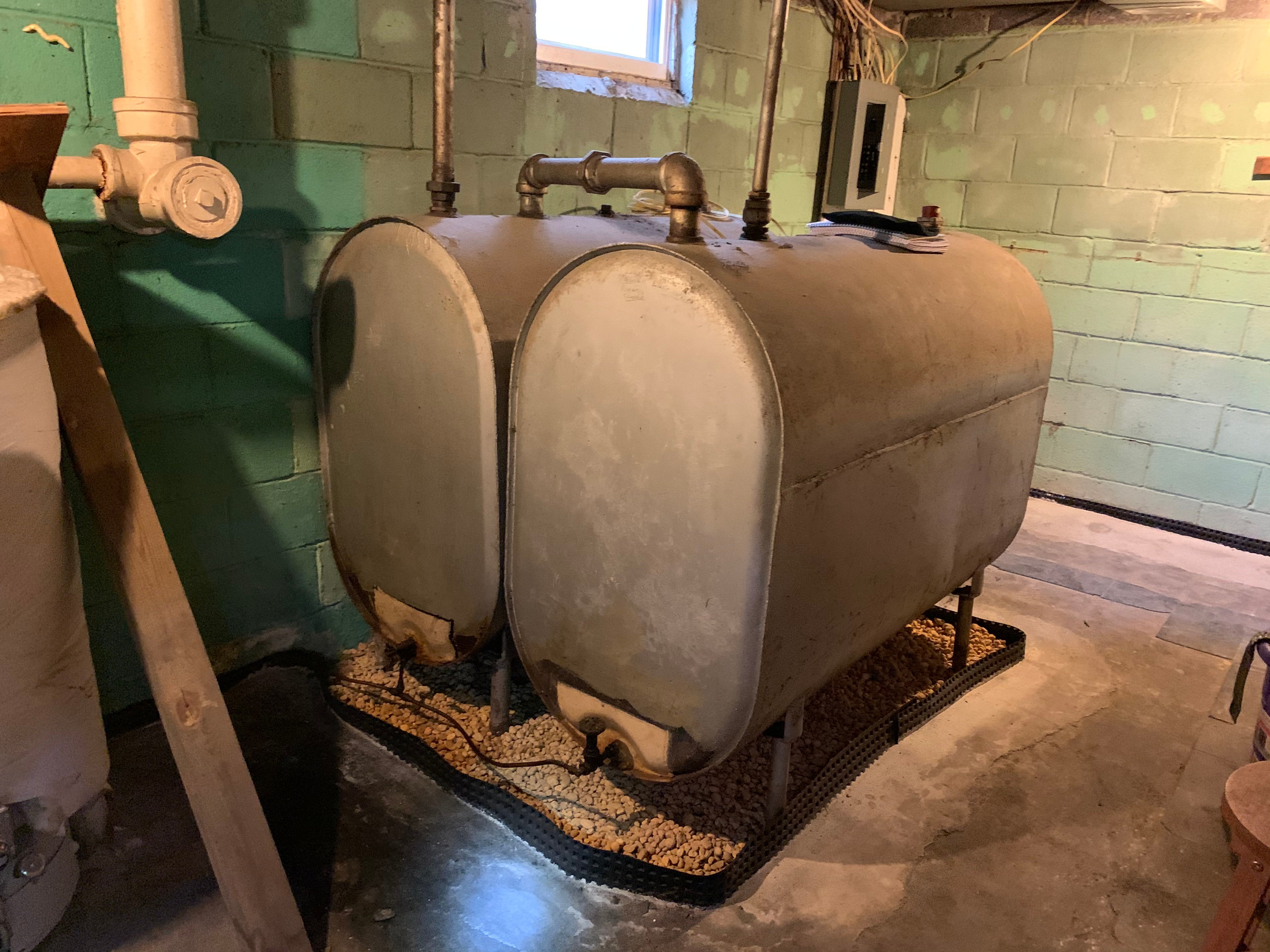 When you convert to natural gas, you spend thousands of dollars and if you can save any money it is to leave the heating oil AST alone.    Leaving unused oil tanks in basements and crawlspaces are like lighting a fuse and waiting for something to go boom.

Don't wait for your heating oil AST to leak, call for a free estimate.